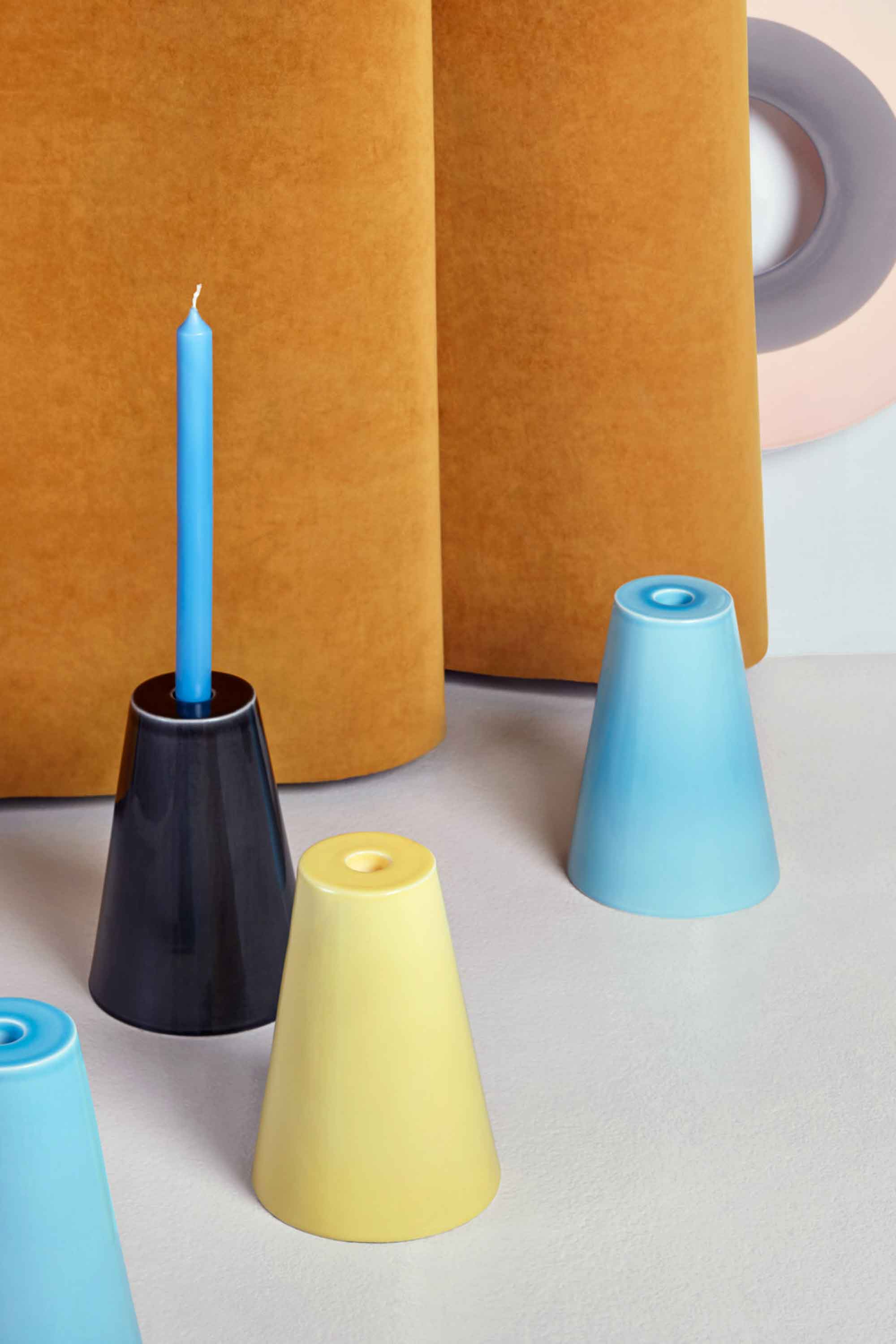 In collaboration with Desso 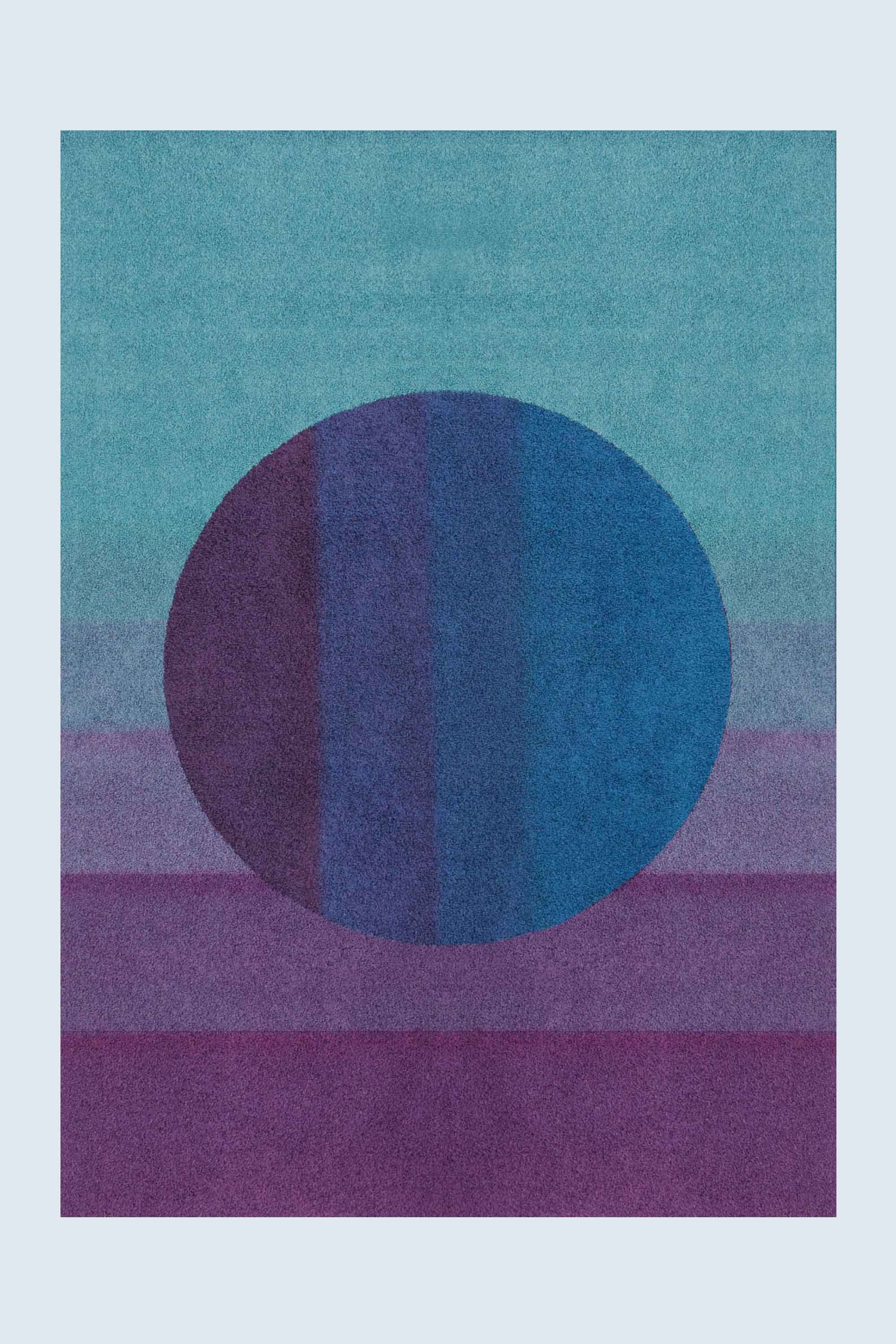 Tapestries and rugs were coloured in multiple red dyes and subsequently reassembled in new shapes. Follow-up of Re-Vive, the collaboration with Desso from 2014. 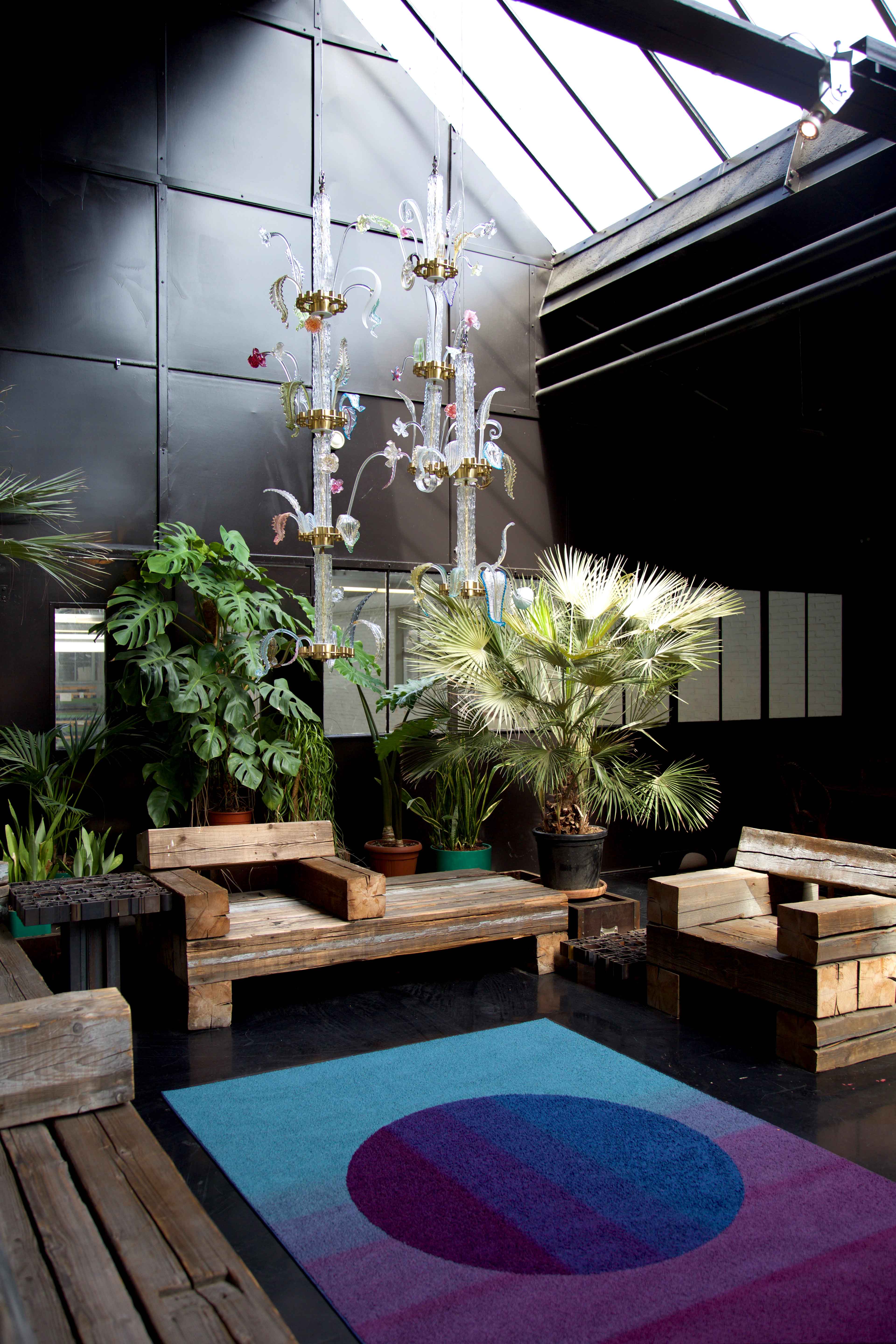 this series is bigger, richer in colour-fade, and available in three versions:
circle, semi-circle and combined (circle and rectangle).
In different sizes. 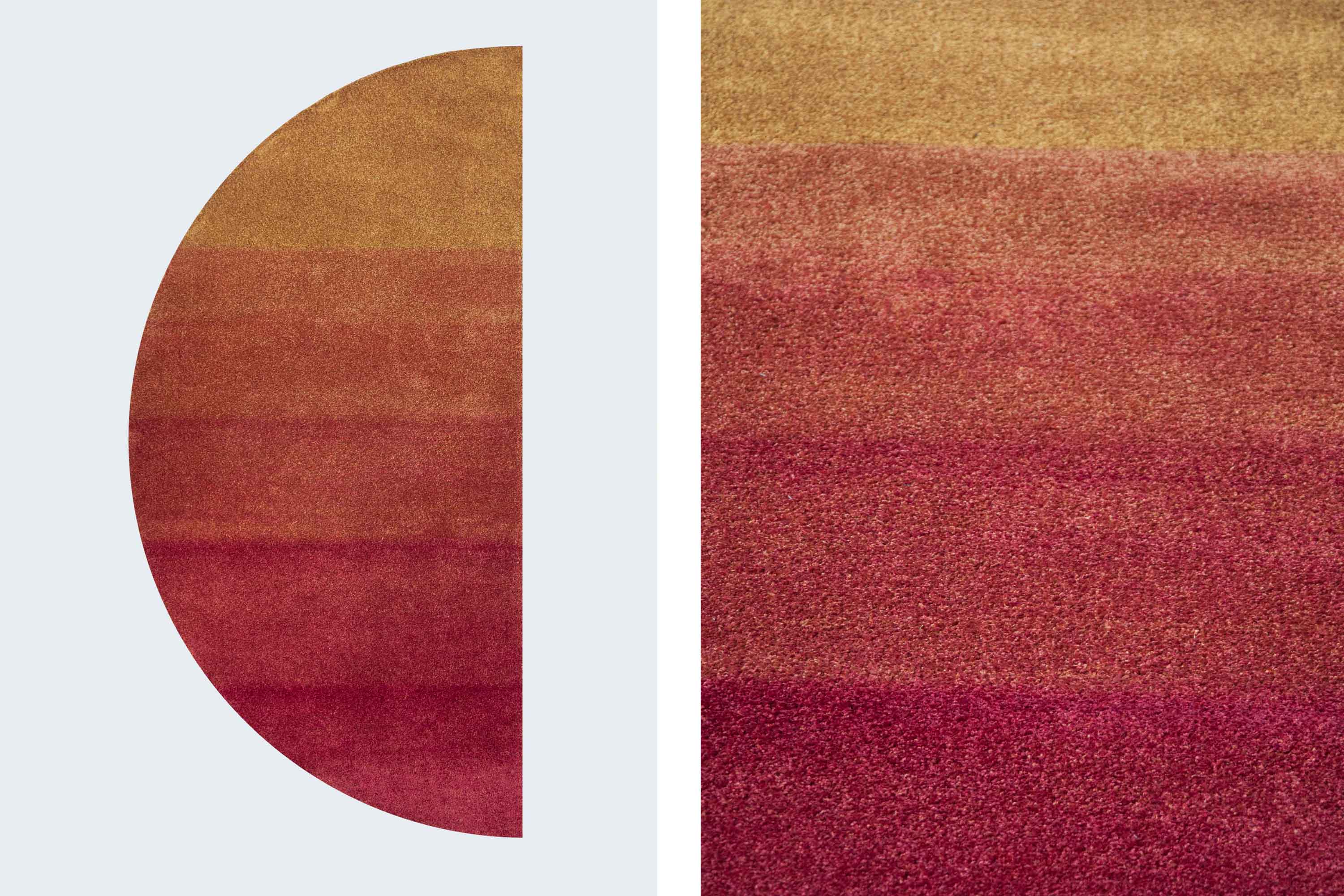 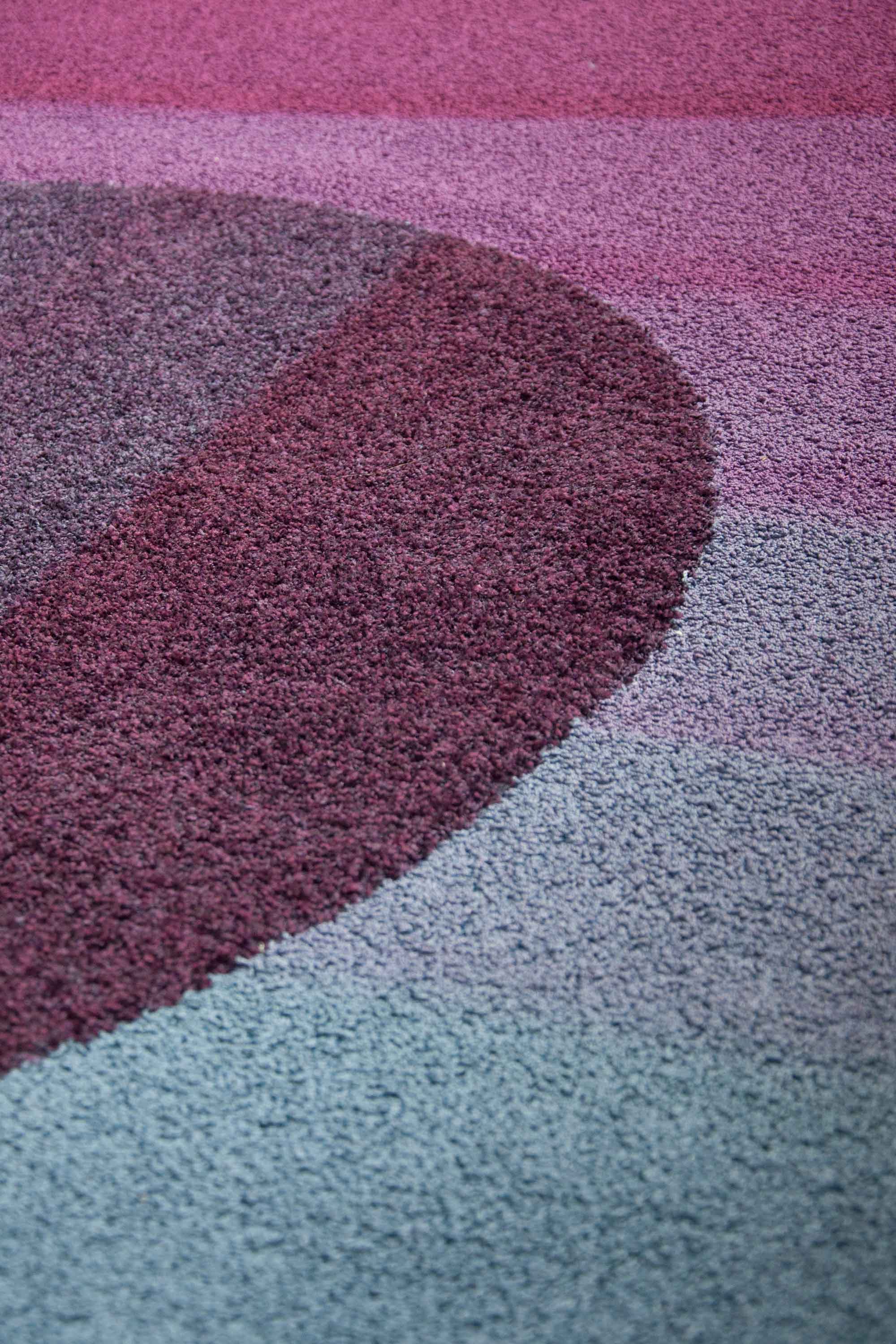 Re:re-vive has been possible thanks to new colour research into a tested process. Tapestries from past Desso collections are given a second lease of life through treating them in a bath of red dye.

The first out-sized examples were commissioned by Bruns (Bergeijk) and DocDirekt (Winschoten). 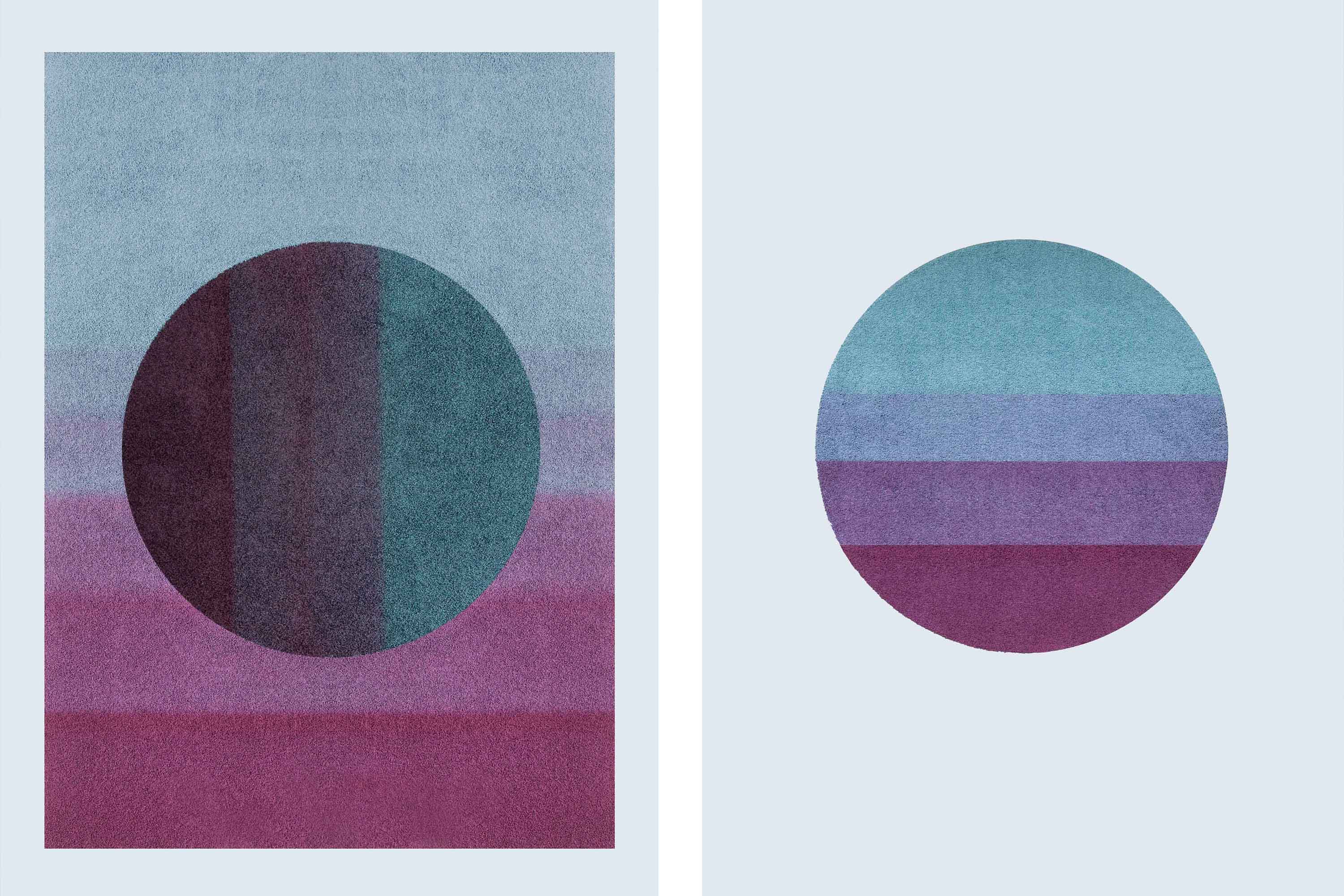